Telco-CDNs refer to content distribution networks deployed and managed by Internet Service Providers (ISPs). They are getting popular among major ISPs because they offer new revenue streams and have the potential of providing better performance compared to traditional CDNs. Managing telcoCDNs is, however, a complex problem, because it requires jointly managing the network resources (links and switches) and the caching resources (processing and storage capacities), while supporting the adaptive nature and skewed popularity of multimedia content. To address this problem, we present a new algorithm called CAD (Cooperative Active Distribution), which strives to serve as much as possible of the requested multimedia objects within the ISP while carefully engineering the traffic paths through the network. This is achieved by enabling the cooperation among caches within the ISP not only to serve various representations of multimedia objects, but also to create them on demand using the available processing capacity of caches. We have implemented CAD and evaluated it on top of a network emulator that runs deployment code and processes real traffic. Using an actual ISP topology, our experimental results show that CAD achieves substantial performance improvements compared to the closest work in the literature, e.g., up to 64% reduction in the total inter-domain traffic. 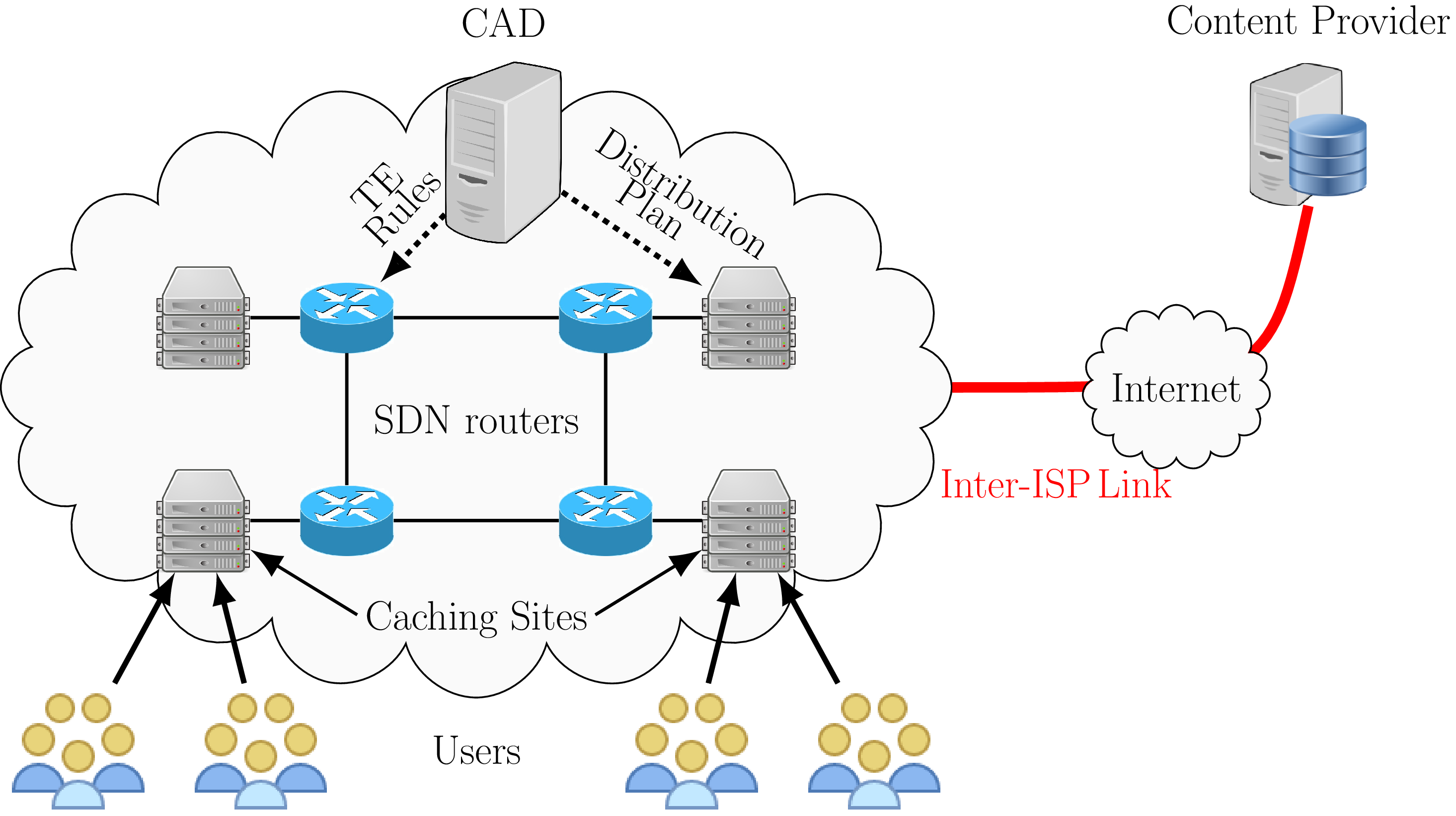